How to Hire THE GO-GO’S For Your Event!

Hire the Go-Go’s:
The Go-Go’s are an American rock band formed in Los Angeles, California, in 1978. Their discography includes 4 studio albums, 3 compilation albums and 16 singles.

Except for short periods when other musicians joined briefly, the band has had a relatively stable lineup consisting of Charlotte Caffey on lead guitar and keyboards, Belinda Carlisle on lead vocals, Gina Schock on drums, Kathy Valentine on bass guitar, and Jane Wiedlin on rhythm guitar. They are widely considered the most successful all-female rock band of all time. 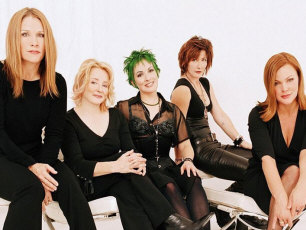 Hire The Go-Go’s for your festival or concert plans!

Originating in the Los Angeles punk rock scene in the late 1970s, the quintet’s debut album, Beauty and the Beat, topped the Billboard album chart – a (still-unequaled) first for an all-female band writing their own material and playing their own instruments.

That debut album is considered one of the “cornerstone albums of US new wave” (AllMusic), having broken barriers and paved the way for a host of other new American acts. It yielded two of the Go-Go’s three biggest Hot 100 hits – “Our Lips Are Sealed” (no. 20) and “We Got the Beat” (no. 2) – and, after a long and steady climb, reached number one in the chart dated March 6, 1982. The album stayed at the top for six consecutive weeks, eventually selling more than two million copies. 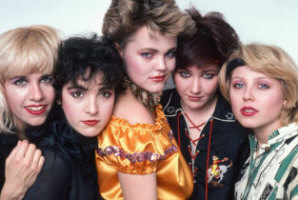 Hire The Go-Go’s for your company’s special event!

In 2001, the Go-Go’s, along with artists Elton John, Billy Joel, David Crosby and Paul Simon, performed at the concert “An All-Star Tribute to Brian Wilson” at Radio City Music Hall, hosted by the TNT network. 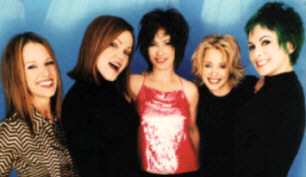 In 2004, the band hosted a concert in Costa Mesa together with The Motels.

The band announced plans for a 2022 UK tour with Billy Idol that would start in June 2022.

The Go-Go’s have sold more than seven million records worldwide.

Hire The Go-Go’s for your party or event!

The Go-Go’s may be available for your next special event!

Frequently Asked Questions About How To Hire THE GO-GO’S for a private party or special event.

Include information about your plans for your event and how taking steps to hire THE GO-GO’S (or someone similar) might be of special interest.

Official booking fees for THE GO-GO’S, or any other celebrity, are determined based on a number of factors and may change at anytime without prior notice.

IS THE GO-GO’S AVAILABLE TO WORK MY EVENT?
(i.e., what is THE GO-GO’S‘s availability?)