How to Hire REBECCA ST. JAMES For Your Event!

She began performing in Australia in the late 1980s and released her first full-length studio album in 1991. She was signed to ForeFront Records in 1993, releasing her major label debut the following year. 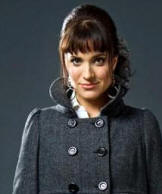 Rebecca St. James rose to fame in the late 1990s with her RIAA certified Gold albums, God and Pray, the latter of which won a Grammy Award in 1999 for Best Rock Gospel Album, and her holiday album Christmas. The albums spawned multiple singles, including “God”, “Go and Sin No More”, and “Pray”.

Since then, she has established herself as one of the most prominent musical artists in Contemporary Christian music (CCM), with four additional full-length studio albums: Transform, Worship God, If I Had One Chance to Tell You Something and I Will Praise You.

Staple songs such as “Wait for Me”, “Reborn”, “Song of Love”, “Alive”, and “Shine Your Glory Down”, have all been derived from these releases. She has earned nine No. 1 hits on Christian radio and has sold nearly two million albums since starting her career.

Rebecca St. James is originally from Australia but moved with her family to the United States at age 14. Two of her brothers, Joel and Luke Smallbone, formed the band for King & Country.

One of the qualities that makes Rebecca St. James unique is the perspective she brings to her work. Rebecca speaks to her own generation. With a wisdom beyond her years and a keen sense of understanding of the issues that young adults face today, Rebecca St. James is committed to encouraging and challenging her generation to live a life focused on God.

Living such a life hands-on is the heart of Rebecca St. James. Her message is bold. Her message is simple. “Live radically for God. Read the Bible. Pray. Stand up for what you believe in and make a difference in your world.” These words have clearly caught on for thousands of teens and young people, as evidenced through numerous sell-out concert dates and escalating record sales around the world.

Born in Sydney, Australia, Rebecca got her first taste of Christian music early on from her dad, who was a Christian concert promoter. She performed by invitation with Carman on his Australian tour when she was only 13.

After her family moved to the U.S., she began recording at age 16 with ForeFront Records. Her first album, a self-titled pop release, earned Rebecca a Gospel Music Association’s Dove Award nomination for New Artist of the Year.

Her second album, simply titled “God,” thrust Rebecca full-force to the top of Christian alternative-pop (having currently sold more than 350,000 copies), earned her a Grammy Award nomination, two consecutive Dove Award nominations for Female Vocalist of the Year, and a string of radio and video hits. Readers of Campus Life, CCM, and Release magazines named her Favorite Female Recording Artist in their respective polls.

In 1997, Rebecca released “Christmas” and her second best-selling devotional book, “You’re The Voice: 40 More Days With God,” a follow-up to the successful “40 Days With God.”

Today, Rebecca St. James stays true to the elements of her inspiration. The oldest of seven children, she continues to lean on her family for support, taking them along with her on close to 200 concert dates per year, where her father acts as manager and her five brothers respectively manage the stage, lights, back-up vocals, merchandising, and Compassion International charity booth.

This love and reliance on family ties is not lost in Rebecca’s message to audiences. “We’ve all got to work on our family relationships, especially parents to teens and teens to parents,” she says. “If young people really work at finding love and acceptance in the home and in their relationship with God, then they won’t be looking elsewhere.”

Another strong stance and ongoing admonition Rebecca gives from the stage deals with her own commitment to remain a virgin until marriage. “A lot of teens thank me for talking about this issue because they felt like they were alone in their decision to remain pure. And those who may have already made a mistake have to know that they can be made new again through God’s grace. People have told me this message really gives hope.”

Hire Rebecca St. James for your party or event!

Rebecca St. James may be available for your next special event!

Frequently Asked Questions About How To Hire REBECCA ST. JAMES for a private party or special event.

Include information about your plans for your event and how taking steps to hire REBECCA ST. JAMES (or someone similar) might be of special interest.

Official booking fees for REBECCA ST. JAMES, or any other celebrity, are determined based on a number of factors and may change at anytime without prior notice.