How to Hire KACEY MUSGRAVES For Your Event!

She has won six Grammy Awards, seven Country Music Association Awards, and three Academy of Country Music Awards. Musgraves self-released three solo albums and one as Texas Two Bits, before appearing on the fifth season of the USA Network’s singing competition Nashville Star in 2007, where she placed seventh. 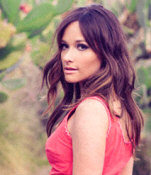 Hire Kacey Musgraves for a memorable evening of excellent entertainment!

Her fourth studio album, Golden Hour (2018), was released to widespread critical acclaim and won all four of its nominated Grammy Award categories, including Album of the Year and Best Country Album.

Kacey Musgraves lists Alison Krauss as one of her career role models, stating, “I mean, how many Grammys does she have? She’s just remained solid and true and great, and I respect that”. 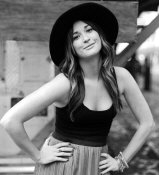 Hire Kacey Musgraves for your festival or concert plans.

Musgraves’ favorite artist is John Prine and, in a tribute performance to him following his death in 2020, she stated that “my favorite quality of John’s would be his sense of humor and it really influenced my songwriting a lot” and proclaimed “that man singlehandedly influenced me and my songwriting more than anyone else on this planet”.

Hire Kacey Musgraves:
Musgraves also lists Lee Ann Womack as one of her childhood influences: “Lee Ann Womack is from near where I grew up in East Texas, so I’ve always looked up to her.” Speaking of both Prine and Womack, Musgraves stated, “if I could sing it like Lee Ann would and say it like John would, then I feel like I’ve gotten somewhere”.

In a Billboard interview, Musgraves said that she is a Dolly Parton fan, saying “Beauty, sex appeal, brains, wit, humor, beautiful songwriting, meaningful songwriting, no apologies for who she is, LGBTQ advocate long before it was even a thing or trendy or whatever… She’s fearless and I admire her spirit a lot and she’s very kind. She’s very present when you’re talking to her and I just really love her so much.”

Kacey Musgraves is known for her progressive lyrics in the conservative country music genre. Her music has tackled controversial topics such as LGBT acceptance, safe sexual intercourse, recreational marijuana use, and questioning religious sentiment.

In an interview with the Wall Street Journal, Musgraves talked about criticism she faced for her rebellious lyrics. “I think throwing the rebel card out there is really cheap,” she said. “The things I’m singing about are not controversial to me, I don’t push buttons to push buttons. I talk about things that have made an impression on me that a lot of people everywhere are going through.”

Hire Kacey Musgraves for your party or event!

Frequently Asked Questions About How To Hire KACEY MUSGRAVES for a private party or special event.

Include information about your plans for your event and how taking steps to hire KACEY MUSGRAVES (or someone similar) might be of special interest.

Official booking fees for KACEY MUSGRAVES, or any other celebrity, are determined based on a number of factors and may change at anytime without prior notice.