How to Hire GENESIS For Your Event!

Tony Banks met Peter Gabriel; Mike Rutherford met Antony Phillips. Out of these teenage friendships and songwriting partnerships a band called Genesis emerged. In 1967, at the height of the psychedelic boom, they made their first recordings with the man who thought up their name, producer and pop star in waiting Jonathan King.

In pursuit of success, Genesis took the scenic route. It was 10 years before they scored their first hit single. But by the early 70’s, Genesis were making headway with their uniquely theatrical brand of “progressive” rock. 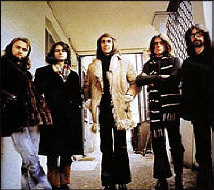 Hire Genesis for your festival or concert plans!

A series of personnel changes introduced a new drummer, Phil Collins, and guitarist Steve Hackett. Epics, like “Supper’s Ready,” a 23-minute controlled freak-out from the 1972’s “Foxtrot” album, were their original stock in trade.

In those early days, band members subsisted on a retainer of 10 pounds a week. Hotels proving sadly unaffordable, the group would drive home to London after every gig.

Their live show looked great – including Gabriel’s masks and costumes – but it cost next to nothing. “The challenge was to create something visually striking that was also cheap,” Banks remembers. “Which was good discipline.” Gradually, the world started to prick up its ears.

Fact: in America, Genesis has never appeared as an opening act. Rutherford: “We’ve always gone down well in the big industrial cities of the East Coast and Midwest, maybe because of the element of fantasy and escapism in our shows.”

Following the extraordinary success – on record and via a spectacular stage show – of the band’s seventh album, “The Lamb Lies Down on Broadway,” Peter Gabriel left in 1975. “We came close to calling it a day when Pete left,” Rutherford recalls. “It wasn’t that we lost our nerve. We were always confident we could write the music, because Tony and I had done most of the Lamb. It was just a question of whether the public would accept us.”

They did. Phil Collins took over the vocals “because he really wanted to do it, basically” and the next installment of Genesis, “A Trick of the Tail,” promptly outsold all of their previous releases.

After the departure of Hackett in 1977, the creative nucleus of the band reconfigured as a trio, aptly expressed in the title of the next studio album, “…And Then There Were Three…” (the band’s first U.S. gold record).

Rutherford played both guitar and bass, and the majority of the material was written by Banks and Rutherford. It wasn’t until Genesis‘s next album, 1980’s “Duke,” that drummer/vocalist Collins made his full-fledged songwriting debut.

As the 80’s began, punk notwithstanding, Genesis were a major force to be reckoned with. “I think the fact that we were all in our 30’s by the time we became really successful was a great help,” says Banks. “To this day we’ve never had an argument about money.”

With their global sales increasing, the band also continued to set new standards as a live act. On their 1981-82 world tour, they broke box office records in North America when they went out with a revolutionary lighting system, Vari-Lite. Ten years later, they were the first stadium act to employ high-definition giant video screens – Sony Jumbotrons.

The 1980s proved to be Genesis‘s most commercially successful decade yet. Their 1986 album, “Invisible Touch,” broke more records when it yielded five U.S. top ten singles.

“Despite the media’s perception of us, we didn’t think of ourselves as a singles band,” says Rutherford. ” In our minds we were a band that did long songs but just happened to have a few hits.” The accompanying Invisible Touch tour generated the highest average gross per venue of any act on the road that year. A total of three million people worldwide attended.

In 1987, Genesis were voted Band Of The Year in Rolling Stone magazine’s Readers Poll. Following a lay off during which band members pursued individual projects, Genesis re-convened in 1991 to record “We Can’t Dance.” “We were quite surprised Phil still wanted to make a Genesis album,” Banks recalls. “We felt incredibly loyal to one another, but the pressures of his solo success made it increasingly difficult for all of us to function as a band.” Difficult, but by no means impossible.

“We Can’t Dance” sold more than ten million copies worldwide, becoming Genesis‘s biggest seller so far. A triumphant romp around the world saw the band play to their largest-ever British audience, when they sold out two concerts at Knebworth in the Summer of 1992.

After another break for soloing, Genesis and Phil Collins finally parted company in 1996. “It did briefly occur to us that we should put Genesis to rest,” Rutherford admits, “But Tony and I have never stopped writing songs since we were teenagers, so we thought, why should we give up now? A group is a compromise. Phil was good at concise moments, just as we’ve always been happier working with larger, longer structures. Now, the balance has shifted again.”

Genesis have been cited as a principal influence on the neo-progressive rock subgenre that emerged in the 1980s, featuring bands including Marillion and Pallas. Iron Maiden founder Steve Harris cites Gabriel-era Genesis as one of his main influences, describing “Supper’s Ready” (along with Jethro Tull‘s song “Thick as a Brick”) as one of his two favorite pieces of music of all time in an interview with Prog.

Genesis were also an influence on post-punk artists, such as Simple Minds and Will Sergeant, guitarist of Echo & the Bunnymen, as well as the electronic new wave band, The Human League.

Trey Anastasio of Phish said “It’s impossible to overstate what impact this band and musical philosophy had on me as a young musician. I’m forever in their debt.”

Mostly Autumn “fuse the music of Genesis and Pink Floyd with Celtic themes” in their sound. The alternative rock band,  Elbow, acknowledge Genesis as an influence, such as on their breakthrough song “Newborn”.

Hire Genesis for your party or event!

Genesis may be available for your next special event!

Frequently Asked Questions About How To Hire GENESIS for a private party or special event.

HOW TO BOOK GENESIS?
(i.e., how to hire GENESIS for an event)

Include information about your plans for your event and how taking steps to hire GENESIS (or someone similar) might be of special interest.

Official booking fees for GENESIS, or any other celebrity, are determined based on a number of factors and may change at anytime without prior notice.

IS GENESIS AVAILABLE TO WORK MY EVENT?
(i.e., what is GENESIS‘s availability?)