How to Hire CLINT BLACK For Your Event!

During his long reign as one of country music’s most consistent chart kings, Clint Black has established a sterling reputation as a song poet, singer and showman. He has brought the music world a string of million-selling albums and more than 20 top-10 hits by continually urging his creative spirits to new heights. 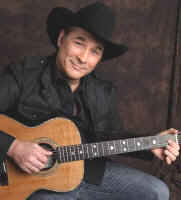 Hire Clint Black for your festival or concert!

Clint Black was born in New Jersey, but raised in Katy, Texas, a suburb of Houston. As a child, he listened to both country and rock & roll, but he didn’t begin playing guitar until the age of 13, when he started playing harmonica. Two years later, he began writing songs, as well as performing in his brother Kevin’s band, where he played bass and sang. In the early ’80s, he began playing music on the streets of Katy, eventually working his way into coffeehouses, bars, and night clubs.

He burst on the charts in February 1989 with “Better Man,” the first of five consecutive No.1 hits from his debut album that made him the leader of the “new country” movement. By that summer, Black was playing arenas as a special guest on some of the biggest country tours. In October of that year, Clint Black was awarded the Country Music Association’s prestigious Horizon Award for his achievements as a new artist.

Hire Clint Black to entertain at your company’s special event!

His reputation spread like wildfire throughout 1990. Black became a huge media and fan favorite with his unflagging energy, professionalism, friendliness, magnetism and easy-going charm. “Killin’ Time” was succeeded by “Put Yourself In My Shoes,” which yielded four more top-10 hits and became his second multi-million seller.

Clint Black joined the cast of the Grand Ole Opry in January 1991. In mid-year the legendary Roy Rogers became the first of his duet partners. He and Lisa Hartman married that October. “The Hard Way” became his third album in early 1992. Black promoted it with a lavish $250,000 stage production that was seen by more than a million people that year.

Hire Clint Black:
His duet with Wynonna, “A Bad Goodbye,” became a massive hit in 1993 and their national tour together was named Concert of the Year by Playboy. “No Time To Kill” was issued as Black’s fourth platinum CD. Contributing to “Common Thread: Songs of The Eagles,” he recorded “Desperado,” which found its own legs as a country radio favorite. That album earned the CMA’s Album of the Year honor.

Black was self-taught on harmonica, guitar and bass at an early age. On his studio albums he plays acoustic and electric guitars as well as harmonica. In concert he plays primarily guitar but does play drums and harmonica.

Hire Clint Black for your party or event!

Frequently Asked Questions About How To Hire CLINT BLACK for a private party or special event.

HOW TO BOOK CLINT BLACK?
(i.e., how to hire CLINT BLACK for an event)

Include information about your plans for your event and how taking steps to hire CLINT BLACK (or someone similar) might be of special interest.

Official booking fees for CLINT BLACK, or any other celebrity, are determined based on a number of factors and may change at anytime without prior notice.

IS CLINT BLACK AVAILABLE TO WORK MY EVENT?
(i.e., what is CLINT BLACK‘s availability?)