How to Hire BON JOVI For Your Event!

The band have been credited with “[bridging] the gap between heavy metal and pop with style and ease”.

Bon Jovi discography includes 16 studio albums, five compilations and three live albums, 66 singles, 14 video albums, and 71 music videos. They have sold more than 130 million records worldwide, making them one of the best-selling American rock bands, and performed more than 2,700 concerts in more than 50 countries for more than 34 million fans. 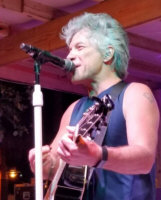 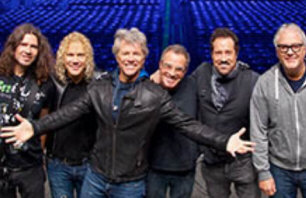 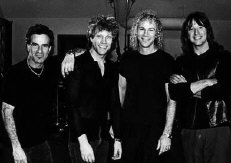 Jon Bon Jovi is one of the busiest and most versatile performers working today. Between juggling his music and acting careers, the dedicated artist consistently delivers quality performances whether it be on the stage with a guitar or in front of the camera as an actor.

His film career began in 1995 with his critically acclaimed performance in “Moonlight And Valentino.” The Motion Picture Club honored him with the prestigious Premiere Performance Award for his impressive acting debut. 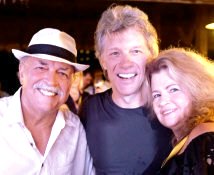 He has gone on to star in John Duigan’s “The Leading Man,” “Homegrown” and “No Looking Back” with Ed Burns and Lauren Holly. He was in “Little City” opposite Annabella Sciorra, and “Row Your Boat,” starring William Forsyth and Bai Ling.

Jon Bon Jovi has been the lead singer of Bon Jovi, one of the biggest recording acts in rock-and-roll history, racking up sales of over 80 million albums worldwide. The group has had the distinction of being one of the industry’s top concert draws, selling out arenas and stadiums worldwide.

Hire Bon Jovi for your party or event!

Bon Jovi may be available for your next special event!

Frequently Asked Questions About How To Hire BON JOVI for a private party or special event.

Include information about your plans for your event and how taking steps to hire BON JOVI (or someone similar) might be of special interest.

Official booking fees for BON JOVI, or any other celebrity, are determined based on a number of factors and may change at anytime without prior notice.

IS BON JOVI AVAILABLE TO WORK MY EVENT?
(i.e., what is BON JOVI‘s availability?)