How to Hire ARCTIC MONKEYS For Your Event! 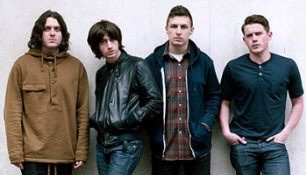 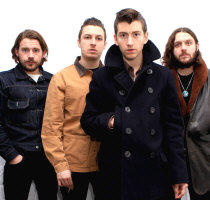 Hire Arctic Monkeys for your festival or concert plans.

Arctic Monkeys were heralded as one of the first bands to come to public attention via the Internet, with commentators suggesting they represented the possibility of a change in the way in which new bands are promoted and marketed.

Their debut album, Whatever People Say I Am, That’s What I’m Not (2006), became the fastest-selling debut album in UK chart history, and has been hailed as one of the greatest debut albums. It won Best British Album at the 2007 Brit Awards. 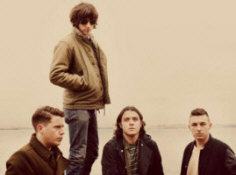 The band’s wider international fame came with the success of their critically acclaimed fifth album AM (2013), which was supported by the global hit “Do I Wanna Know?”. It topped four Billboard charts and was certified platinum in the US. At the 2014 BRIT Awards, the album became their third to win British Album of the Year.

Their sixth album, Tranquility Base Hotel & Casino (2018), was a major departure from the band’s previous guitar-heavy work, instead being piano-oriented. It received a Best Alternative Music Album nomination at the 2019 Grammy Awards, their second to do so after Whatever People Say I Am, That’s What I’m Not.

The band was announced as the co-headliner of the 2022 Reading and Leeds Festival, alongside Bring Me the Horizon, Megan Thee Stallion, Rage Against the Machine and Halsey.

A key part of their sound, and one that translates across their whole discography, is Turner’s intricate and often rapidly delivered lyrics, sung in a distinctive strong Sheffield accent that their music became famed for in their early years.

Hire Arctic Monkeys for your party or event!

Arctic Monkeys may be available for your next special event!

Frequently Asked Questions About How To Hire ARCTIC MONKEYS for a private party or special event.

Include information about your plans for your event and how taking steps to hire ARCTIC MONKEYS (or someone similar) might be of special interest.

Official booking fees for ARCTIC MONKEYS, or any other celebrity, are determined based on a number of factors and may change at anytime without prior notice.