How to Hire ANASTACIA For Your Event!

Her first two albums, Not That Kind (2000) and Freak of Nature (2001), were released in quick succession to major success. Spurred on by the multi-platinum, global smash “I’m Outta Love”, Anastacia was awarded as the ‘World’s Best-Selling New Female Pop Artist’ in 2001.

Her commercial success continued with international hits, such as “Paid My Dues”, “One Day In Your Life” and the official song of the 2002 FIFA World Cup, “Boom”. 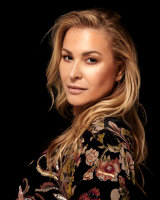 Hire Anastacia for your festival or concert plans.

Anastacia established herself as one of the best-selling international female singers of the 2000s and 2010s.

Known for her powerful mezzo-soprano voice and her small stature of 5 feet 2 inches (157 cm), she has been dubbed “the little lady with the big voice”. 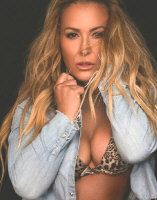 Hire Anastacia to entertain at your company’s special event!

In 1997, she sang in the background choir for Kurt Carr‘s gospel vocal ensemble called The Kurt Carr Singers on their album, No One Else. 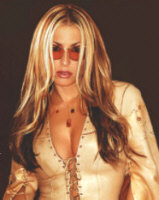 In 2005, the multi-platinum compilation project Pieces of a Dream was released, which spawned the chart-topping duet with Eros Ramazzotti, “I Belong to You (Il Ritmo della Passione)”.

In November and December 2009, Anastacia, Chaka Khan and Lulu were headlining the Here Come the Girls, a special Christmas concert that visited the United Kingdom only.

As of 2016, she has reported worldwide sales of more than 50 million. She has had five top ten singles on U.S. Billboard’s Dance Club chart and three albums on its Top Album Sales chart.

In June 2017, she supported Lionel Richie in some of the UK dates of his All the Hits Tour.

Anastacia lived in Beverly Hills for more than a decade but relocated to Florida in 2018.

Hire Anastacia for your party or event!

Anastacia may be available for your next special event!

Frequently Asked Questions About How To Hire ANASTACIA

HOW TO BOOK ANASTACIA?
(i.e., how to hire ANASTACIA for an event)

Include information about your plans for your event and how taking steps to hire ANASTACIA (or someone similar) might be of special interest.

Official booking fees for ANASTACIA, or any other celebrity, are determined based on a number of factors and may change at anytime without prior notice.

IS ANASTACIA AVAILABLE TO WORK MY EVENT?
(i.e., what is ANASTACIA‘s availability?)