How to Hire ALICE IN CHAINS For Your Event!

The group was formed in 1987 by guitarist and vocalist Jerry Cantrell and drummer Sean Kinney, who later recruited bassist Mike Starr and lead vocalist Layne Staley. Starr was replaced by Mike Inez in 1993.

William DuVall joined the band in 2006 as co-lead vocalist and rhythm guitarist, replacing Staley, who had died in 2002. The band took its name from Staley’s previous group, the glam metal band Alice N’ Chains. 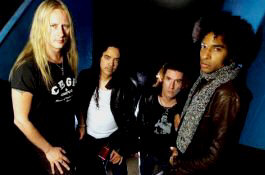 Hire Alice in Chains for your festival or concert plans!

Often associated with grunge music, Alice in Chains‘ sound incorporates heavy metal elements. The band is known for its distinctive vocal style, which often included the harmonized vocals between Staley and Cantrell (and later Cantrell and DuVall).

Alice in Chains have sold more than 30 million records worldwide, and more than 14 million records in the US alone. The band has had 18 Top 10 songs on Billboard’s Mainstream Rock Tracks chart, 5 No. 1 hits, and received 11 Grammy Award nominations. 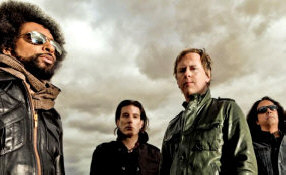 Hire Alice in Chains for your company’s special event!

Metallica said they have always wanted to tour with the band, citing Alice in Chains as a major inspiration for their 2008 release, Death Magnetic.

Hire Alice in Chains for your party or event!

Alice in Chains may be available for your next special event!

Frequently Asked Questions About How To Hire ALICE IN CHAINS for a private party or special event.

Include information about your plans for your event and how taking steps to hire ALICE IN CHAINS (or someone similar) might be of special interest.

Official booking fees for ALICE IN CHAINS, or any other celebrity, are determined based on a number of factors and may change at anytime without prior notice.