How To Book
EARTH, WIND & FIRE
For Your Event!

Earth, Wind & Fire may be available for your next special event!

How To Hire Earth, Wind & Fire For A Special Event!

GRAMMY AWARD winning Earth, Wind & Fire was one of the most prominent R&B bands of the 1970’s and early 1980’s. In the course of many R&B masterpieces, they also produced dance classics such as “Boogie Wonderland,” with The Emotions, and “Let’s Groove.”

Formerly led by Maurice White, their music is a complex mix of soulful ballads, funk grooves, and traditional R&B combined with uplifting, positive lyrics. Through his use of the Kalimba, an African thumb organ, onstage and as a symbol of the band, Maurice White reminded audiences and fans of R&B’s African roots. 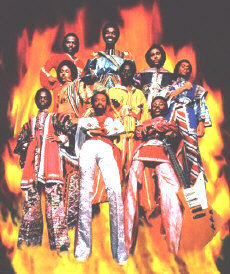 Maurice White grew up in the rich musical climate of Memphis in the late 1950’s which contributed musicians of national stature such as B.B. King, Carl Perkins, and Elvis Presley. By the 1960’s, his family had relocated to Chicago and he entered college at the Chicago Conservatory of Music. Maurice became an in-demand session musician and recorded with such luminaries as Etta James, Sonny Boy Williamson, and Ramsey Lewis at Chess Studios.

By the end of the decade, Maurice had formed his own group, The Salty Peppers. After a disappointing recording and failing to receive a major record label deal, Maurice put together a new group to be called Earth, Wind and Fire. He included some members from the old group, his younger brother Verdine and, after flying out to Los Angeles from Chicago, he held auditions for additional members. By the end of the summer of 1970, Earth, Wind and Fire was born.

Earth, Wind & Fire’s first two albums were modest R&B successes. While touring in support, Maurice White met drummer Philip Bailey. After completion of a tour following the second album, the group fell apart and was reformed with only Maurice and Verdine White remaining from the original lineup. Philip Bailey was brought in as drummer and vocalist and other key musicians were hired, including Larry Dunn and Ronnie Laws. Columbia Records president Clive Davis saw the reformed group in concert, liked what he saw, and the group moved from Warner Brothers to Columbia for their third album. The association with Columbia Records would last for 18 years.

The first two albums with the new lineup sold well, eventually going gold. The third album “Open Our Eyes” was a breakthrough and included the R&B smash hit “Mighty Mighty,” featuring a strong dance groove. The group continued a rigorous touring schedule and became known for exciting, flamboyant shows. The album “That’s The Way of The World” became a #1 Pop hit album and featured the band’s first #1 single, the relentlessly funky and uplifting “Shining Star.” The group produced music popular in the clubs in the late 1970’s. “Fantasy” and “September” were hits on the Disco chart. While not straightforward Disco, the songs have a powerful groove that makes it difficult to not move. 1979’s “I Am” featured Earth, Wind and Fire‘s stab at Disco. “Boogie Wonderland,” recorded with R&B vocal group The Emotions, became a Disco classic. The album also featured the massive ballad hit “After the Love Has Gone.”

Entering the 1980’s “Let’s Groove” off the “Raise!” album was another major dance hit. After 1983’s “Electric Universe” was a massive commercial and critical failure, the band retreated from the studio for a few years. In the intervening years, Maurice White worked as a producer and Philip Bailey released solo albums including the hit “Easy Lover” with Phil Collins.

1987’s “Touch The World” was a success with the hit “System of Survival.” The group performed on a 9-month world tour in support of the album. “Millennium” and “In The Name of Love” in the 1990’s were also strong albums. The legacy of the group lives on!

Hire Earth, Wind and Fire for your event!

Earth, Wind and Fire may be available for your next special event!

Frequently Asked Questions About How To Hire EARTH, WIND & FIRE for a private party or special event.

Include information about your plans for your event and how taking steps to hire EARTH, WIND & FIRE (or someone similar) might be of special interest.

Official booking fees for EARTH, WIND & FIRE, or any other celebrity, are determined based on a number of factors and may change at anytime without prior notice.